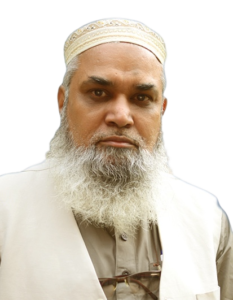 Introduction of the Department

The Department of Dermatology was started in March 1985, as skin OPD comprising of a single room, in Sir Ganga Ram Hospital, Lahore. Dr. Shagua Shafi was appointed as the first Medical Officer, Skin OPD. In 1986, Dr. Syed Mohsin Raza joined the Department as Assistant Professor. The Department flourished under leadership of various Heads and was shied to a new premises comprising, four rooms; one room each for OPD, Therapeuc procedures, teaching and Office. In December 1998, Prof. Af Hasnain Kazmi was appointed as Head of the Department, and in 2001 a new building located in the premises of old emergency was handed over to the department, for twenty bedded skin indoor. The indoor was demolished later on and two rooms in Psychiatry ward were allocated for admissions. In 2007, Prof. Tariq Rashid joined as Head of Department, and in 2009, the department was recognized by CPSP for postgraduate training. In 2010, the new building of the Dermatology Department (Indoor) was constructed. Today, the Dermatology Department is being spearheaded by Professor Muhammad Nadeem (FCPS). It is one of the largest and busiest skin units in the country, which has assumed the status of referral center for the diagnoscally and therapeucally difficult cases from all over Pakistan. There is a 21-bedded in-paent department where around 400 paents are admied annually. The Outdoor facility consists of three rooms for general and referred paents. There is a procedure room for minor surgical procedures and a LASER Room. The department has a well-equipped library with almost 75 books and an e-Library secon with computer and internet facility. There is also a Conference Room with mulmedia for teaching purposes. In addion to teaching undergraduates, the department also imparts postgraduate training for FCPS and MD. Daily teaching rounds and Consultant outpaent clinics are conducted. th th Other academic acvies include daily 4 year classes, lectures in FJMU for 4 and Final rd year MBBS classes, lectures in SGRH for 3 year Nursing class, a weekly Journal club, weekly departmental CPC, monthly Histopathology class, monthly assessment of PGs, slide sessions and short & long case discussions with PGRs. Guest lectures of various faculty members from other instuons/ departments are regularly held. Almost 60 FCPS, MCPS and MD students have been trained during the last ten years. Moreover, Nurses, Family Physicians & Postgraduates from other disciplines of Medicine and Ophthalmology get their compulsory training for Dermatology in this department. The department is also acvely engaged in research projects and various research papers have been published in reputed naonal and Internaonal journals. The Department has state of art facilies available for Electrocautery & Electrolysis, Cryotherapy, Plasma Pen, Derma Pen, Chemical Peeling, intralesional injecons, scraping for fungus & smears, Wood’s Lamp and Dermatoscopy examinaon, platelet rich plasma therapy for hair loss, acne scars & leg ulcers, CO Laser, IPL for hair removal, skin biopsy, 2 Punch Graing and excision of small tumors and moles.